I was introduced to the system of Czech fish farming by my friend and now brother-in-law, lucky me, Thomas. At first, the idea did not seem to be very visually interesting but I so wrong. I was an amazing visual spectacle, combining modern fishing with a strong connection to the past. This sustainable aquaculture actually drains the whole lake or pond leaving a football sized area of open water for the fish to congregate. The fisherman then seine net the harvest. The fish go live into tanks and then are sold directly to the consumer. Remarkable. Harvested time is November. Pond harvest rotation is every, one, two or three years.

The producer of Trebon Carp is the Fishery Trebon Company which is the largest producer of freshwater fish in the Czech Republic.

Its annual production is around 3 000 tons of fish, and carp account for 95 % of that production. 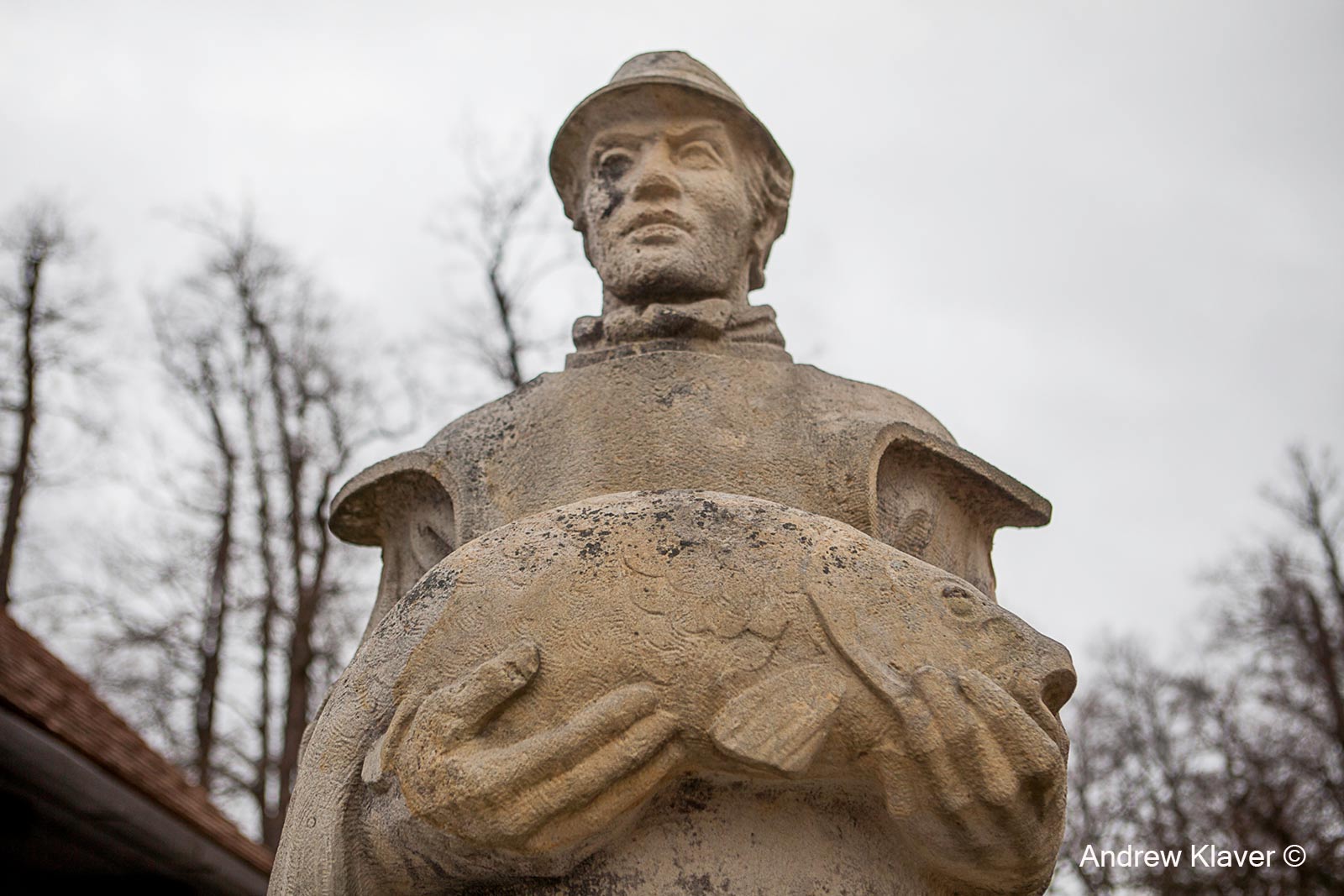 The symbol of the town of Trebon – November 2013

The harvest brings out the community to watch – November 2013 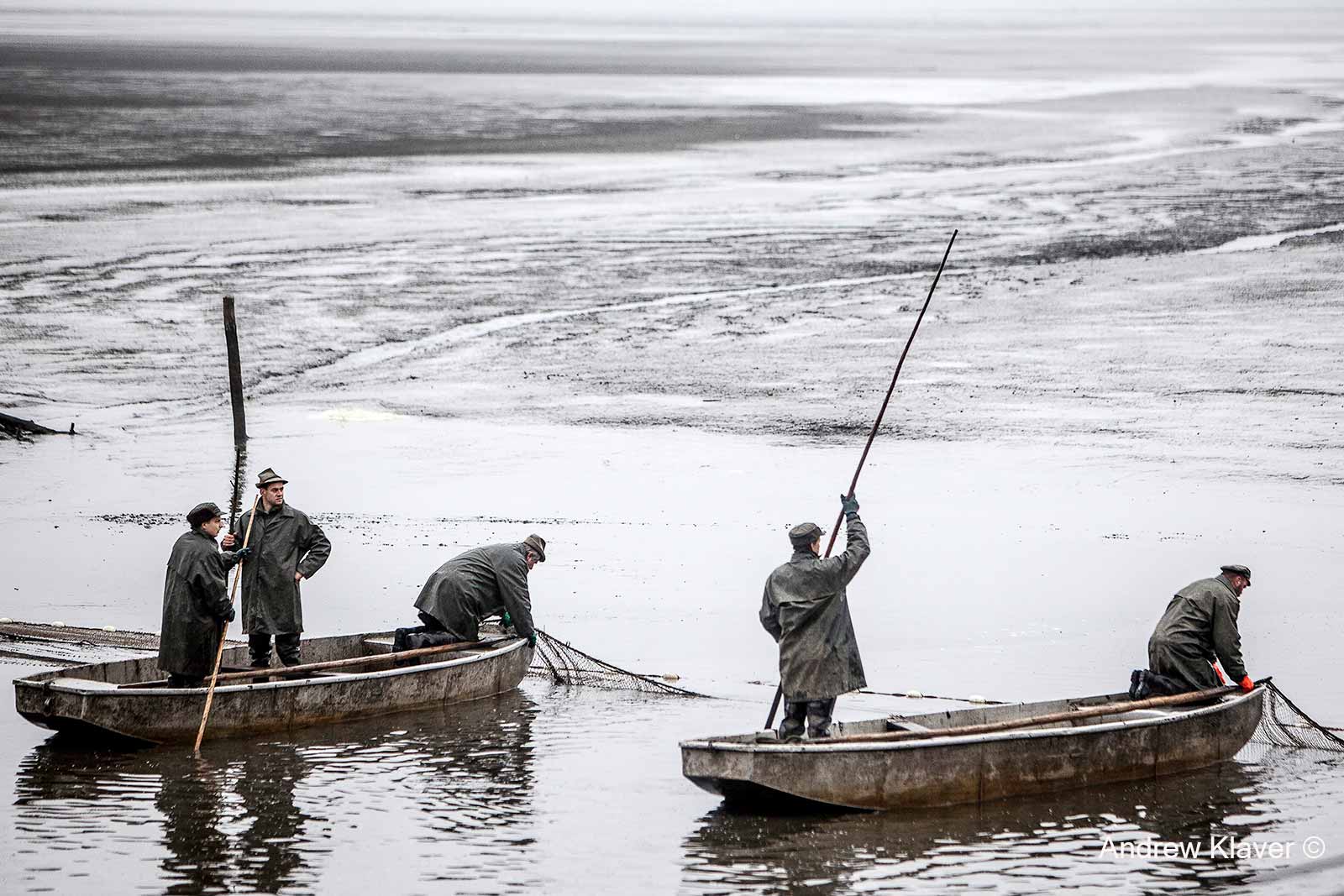 The fish are sorted into type and size – November 2013

In the town of Trebon, the live fish are sold from tanks – November 2013